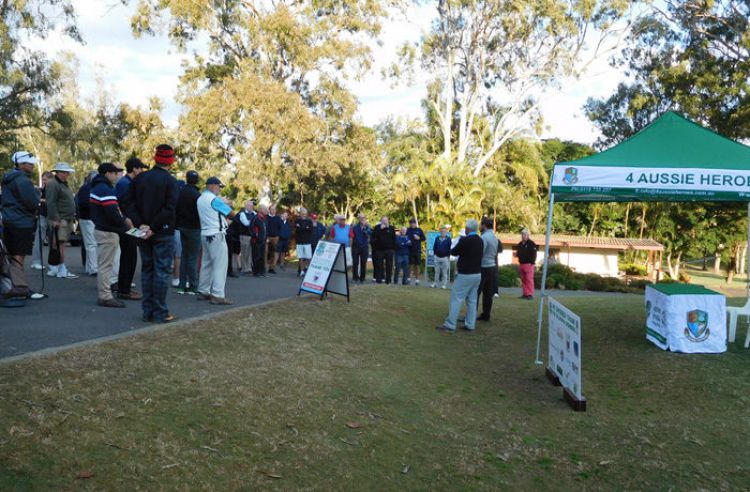 Monday 25th of June saw our first “Shambolic Golfaholic” charity Golf Day for 2018. A full field took on the wonderful Keperra Country Golf Club course early on a crisp morning. It was particularly great to have a number of returning teams from our 2017 series in attendance. We are very focussed on building a strong community around the Foundation who are able to show their support in their preferred way ……….. and for a bunch of our supporters, a day on the course with friends and colleagues is that way!!

We were really chuffed to have Alan Border play with one of our teams along with a bunch of new players who are now connected with the Foundation.

Based on all reports, the golf was scintillating with a few special scores. However, there was no winner of the “Sci-Fleet Toyota” sponsored hole in one competition, despite the greatest of efforts!!

In the end it was the “Sultans of Swing” team who took out the overall 1st prize by a tight margin.

Thanks to all of those who played and our wonderful sponsors who came on board for the day.